When Indians will be celebrating the 70th Independence Day on 15th Aug 2017, we all remember the role of the father of the nation Mahatma Gandhi in our freedom struggle. Documentaries are made on his leadership qualities. However, the aspect of Gandhiji which is not known to many is his love for Naturopathy for good health. 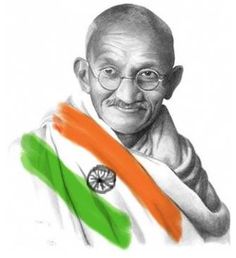 Today we are going to peep into this side of life. Some of is quoting and writing about naturopathy are given below:

“. . .Nature has provided within the body itself the means of cleansing it so that when illness occurs, we should realize that there exists impure matter in the body and that she has commenced her cleansing process.”

J In a letter written to N.M Samarth on 20-8-1918, Gandhiji talked about the main cause of the diseases:

“. . .I believe also in nature cure and fasting. Nature’s cure is hydropathy and enema. The only food I am taking is fruit juices, principally orange juice.

I am free to confess that nature cure means to that extent want of faith in the purely religious cure.

I have not the courage to keep myself exclusively to the latter when I know that the disease is due to a breach of nature’s laws.”

In his speech at Ashtanga Ayurveda Vidyalaya in Calcutta on 6-5-1925, Gandhiji said:

“. . . I belong to that noble, growing, but the still small school of thought which believes more in prevention than in cure, which beliefs in Nature doing things for herself even for suffering humanity if we would but let Nature take her course.

I believe in that school of thought which considers that the less interference there is on the part of doctors, on the part of physicians and surgeons, the better it is for humanity and its morals.

Gandhiji wrote about his experiments and expertise in nature cure treatment in Satyagraha in South Africa:

“. . . I have been fond of about the last thirty-five years of making experiments in dietetics from the religious, economic, and hygienic standpoints.

This predilection for food reform still persists. People around me would naturally be influenced by my experiments. Side by side with dietetics, I made experiments in treating diseases with natural curative agents only such as earth and water, and without recourse to drugs.

When I practiced as a barrister, cordial relations were established with my clients so that we looked upon one another almost as members of the same family. The clients, therefore, made me a partner in their joys and sorrows. Some of them sought my advice being familiar with my experiments in nature-cure. . .

I made many such experiments on the Farm, and I do not remember to have failed in even a single case.”

Gandhiji declared in Harijan on 11-8-1946, his ultimate faith in nature cure and criticized western medicine as it involves violence:

“My love of nature cure and of indigenous systems does not blind me to the advance that Western medicine has made in spite of the fact that I have stigmatized it as black magic.

I have used the harsh term and I do not withdraw it, because of the fact that it has countenanced vivisection and all the awfulness it means and because it will stop at no practice. . .

I cling to nature cure in-spite of its great limitations and in-spite of the lazy pretensions of nature-curists. Above all, in nature cure, everybody can be his or her own doctor, not so in the various system of medicine.”

In a letter written to Dinshaw Mehta from Uruli Kanchan, on 4-8-1946, Gandhiji proposed his intention to spread nature cure in villages:

“My idea of developing nature cure in Uruli Kanchan and the villages of India is fast expanding. It means teaching the hygiene of the body, mind, and soul of the individual and society.

Thus the workers in Uruli Kanchan have, besides cleaning the streets of the village, and attending to their bodily ailments through the judicious use of earth, sun, ether, light, and water, to attend to the pauperism of the criminal tribes called the Garudis-described in law as one of the criminal tribes of India.”

Uruli Kanchan near Pune is the Naturopathy center known as Nisargopchar Ashram was established by Gandhiji in 1946 and is still in operation.

For those who are keen to know more, here is a link to an e-book written by M K Gandhi (Collection of his thoughts on Naturopathy) and forwarded by Morarji Desai Ex-PM of India.

You may also like to read: Answers to 27 Questions Mahatma Gandhi Asked His Spiritual Guru

Here is a link to my new book Balancing is the Work published on 31st Oct 2020. 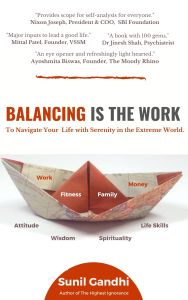