“Benaras is older than history, older than tradition, older even than legend and looks twice as old as all of them put together”. Mark Twain

From Kumbha Mela, Prayagraj, we arrived at Varanasi in the early evening by Sarnath Express. It was a 4 hours journey. 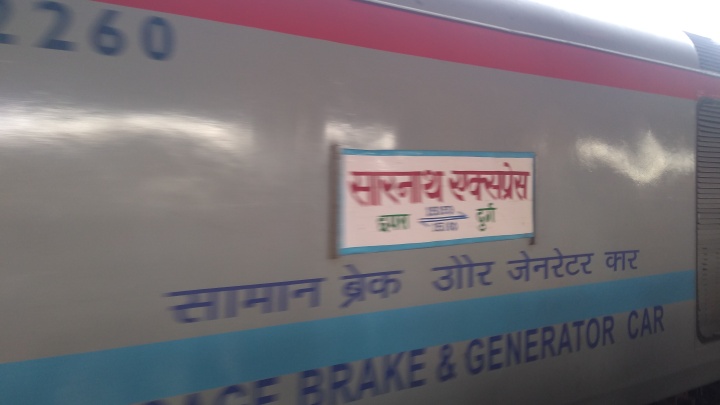 After settling in our guest house, we took a cycle rickshaw to the famous Dasaswamegh Ghat.  The idea was to see the city without walking. We were tired.

By the time we reached the Ghat, it was crowded with pilgrims from all across the country and abroad.

People occupied wherever they got the place to sit and stand. On the staircase, chairs kept for the visitors, on the pole. On the temple terrace and everywhere.

The Aarti had just begun.

After the Aarti, we were in search of restaurant Aadha Aadha café.  TripAdvisor has very good reviews of this restaurant. We reached the place after inquiring at least at 10 places inside of a small 3 feet wide street. The restaurant is on the 3rd floor of a guest house. Baba Guest House. 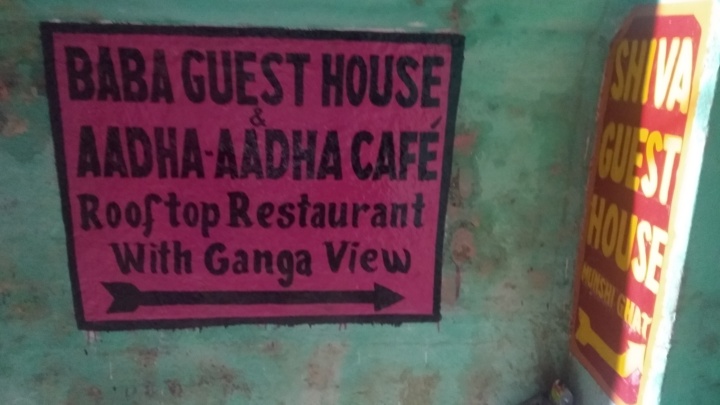 The place was full of foreign tourists. We could get a limited Veg option. The food was very good.

While reaching the place we passed through many Bengali sweet shops. The idea was to have more dessert and less dinner.

After dinner, we stopped at one of such shops attracted by the variety and presentation of sweets. 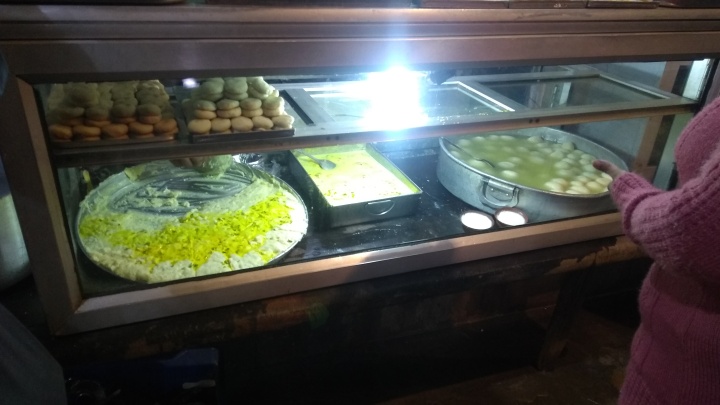 The market near the Ghat is vibrant. Many shops- food, famous Banarasi garments, and many other shops. 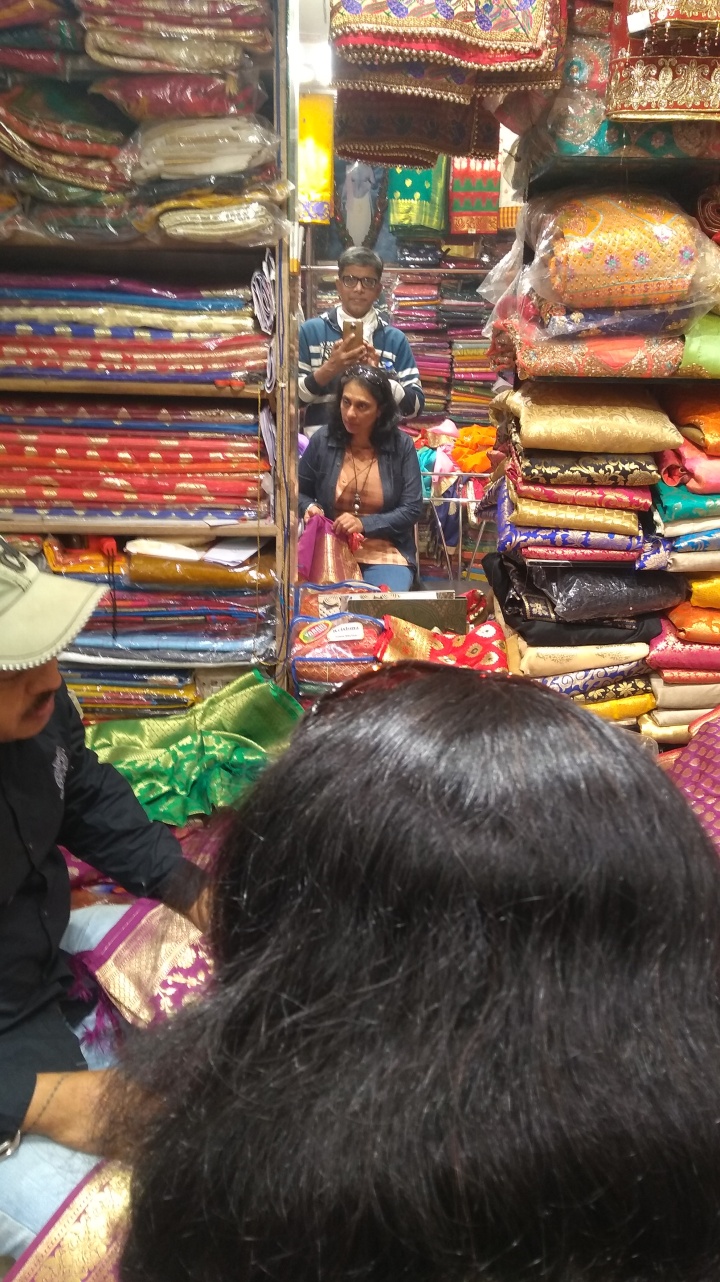 The next day started with Bhelupur Jain Temple. This place is known as the birthplace of 23rd Tirthankar Lord Parshwanath. 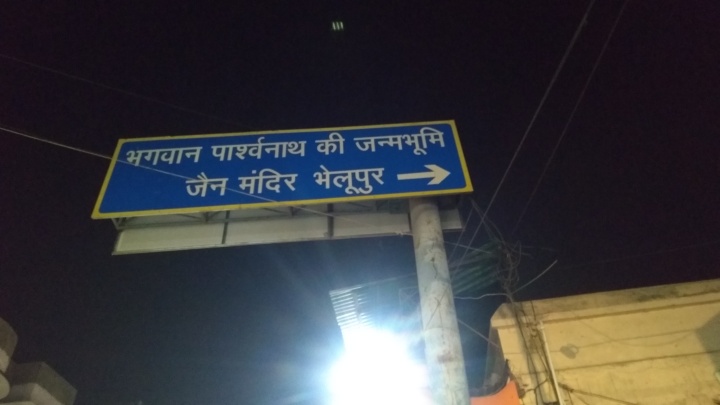 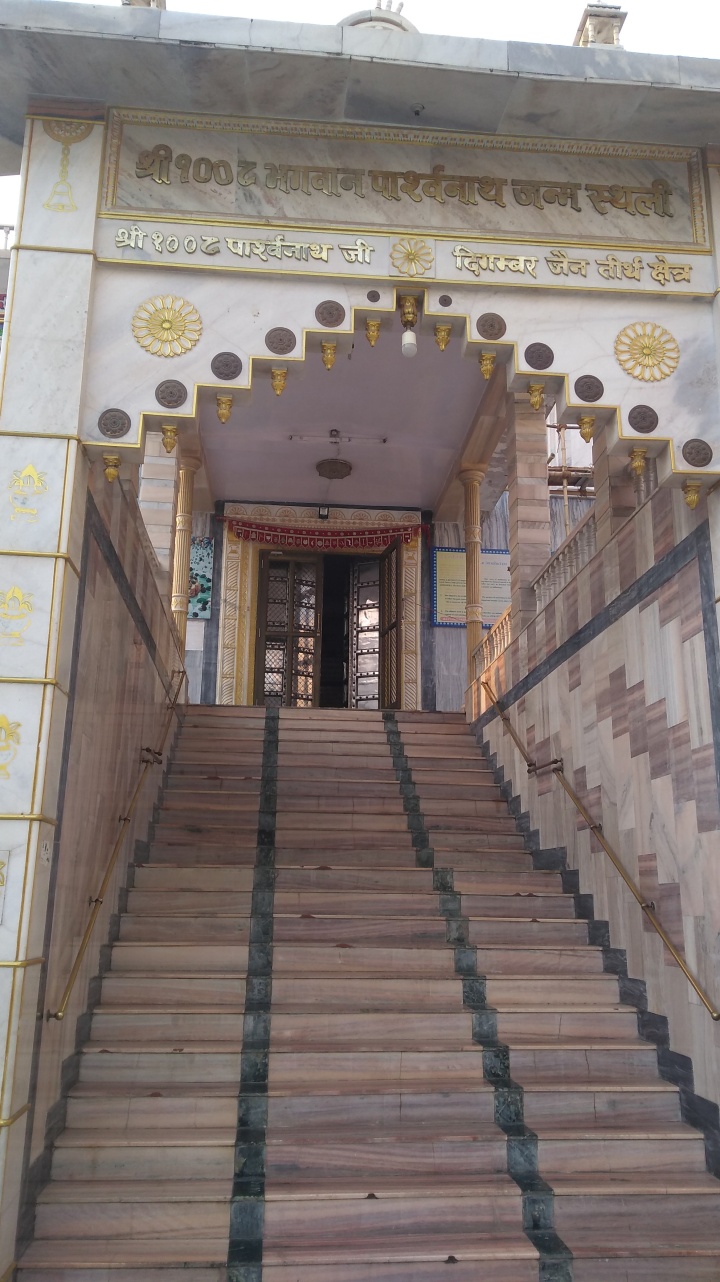 Then we arrived at Assi Ghat. Here we missed Subah E Banaras programme held daily at 5.30 in the morning followed by a Yoga session.

The idea for the day was to explore Varanasi’s Famous Food. The first was the famous tea at Assi Ghat at Kashi Cafe. 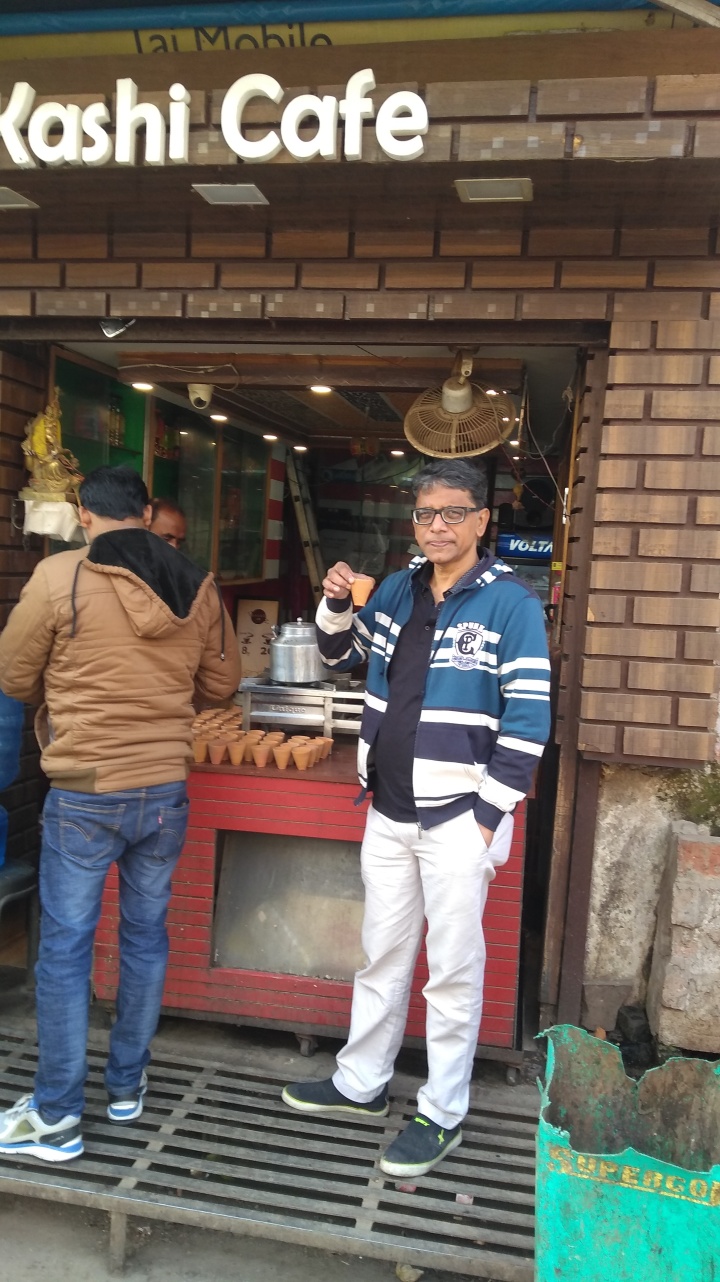 This is a famous 40 years old shop. They Sell daily more than 1000 kulhads of tea.

Then we searched for the famous Malaiyo of Varanasi. A sweet made out of milk. From Assi Ghat we walked down for about 15 minutes to reach Lanka area.

From here by cycle rickshaw, we reached  Godowalia circle near Dasaswamegh Ghat. We were looking for Kachodi which is a morning breakfast here. The street was jampacked. It was even difficult to walk. 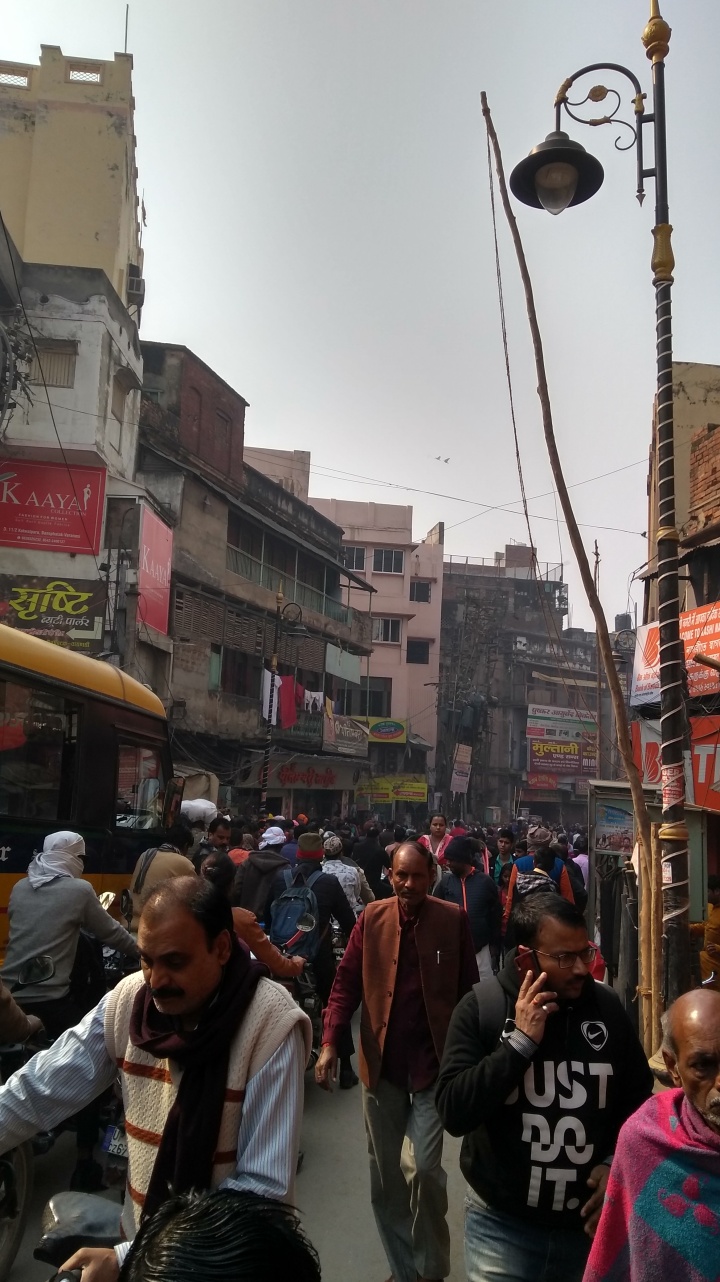 Walking through the crowded street where Kashi Vishwanath Temple is situated, we reached Manikarnika Ghat. This is a Ghat were dead bodies are cremated.  Varanasi is known for death. Dying in Varanasi (Kashi) is believed to be a route to Moksha as per the Hindu beliefs. Many old people come to stay here to die in Kashi.

This Ghat is busy with dead bodies throughout the day. We saw 3 dead body processions during our short visit in the Ghat area. 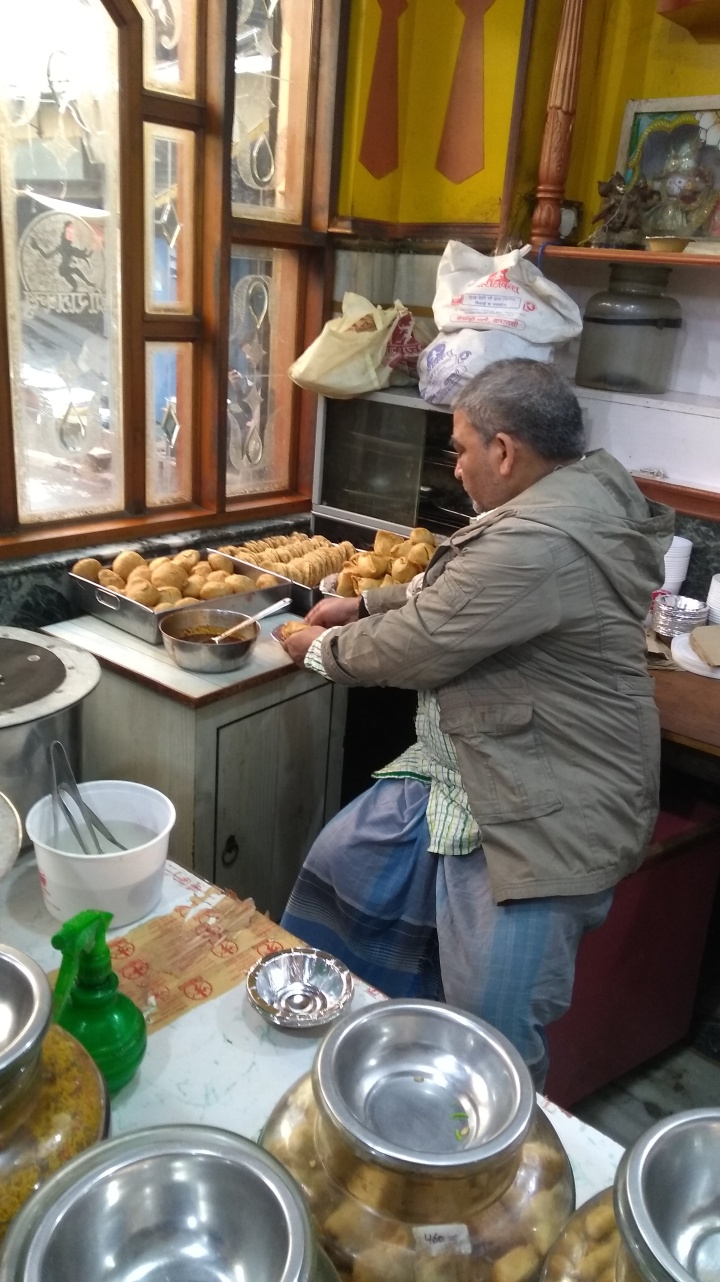 In the evening we stared with Deepa Chat Bhandar, near Hanuman Mandir, Girjaghar  Chowk. 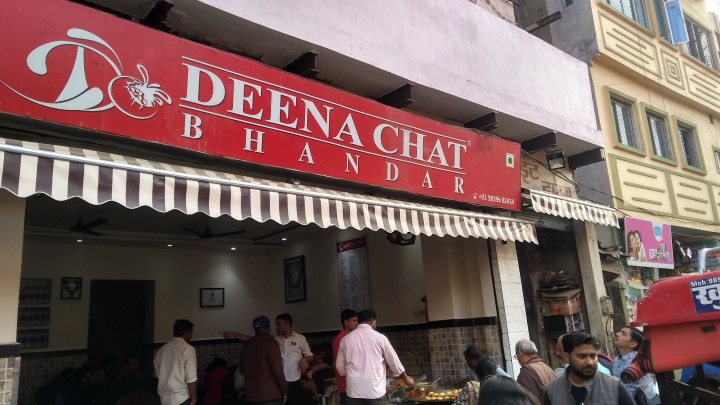 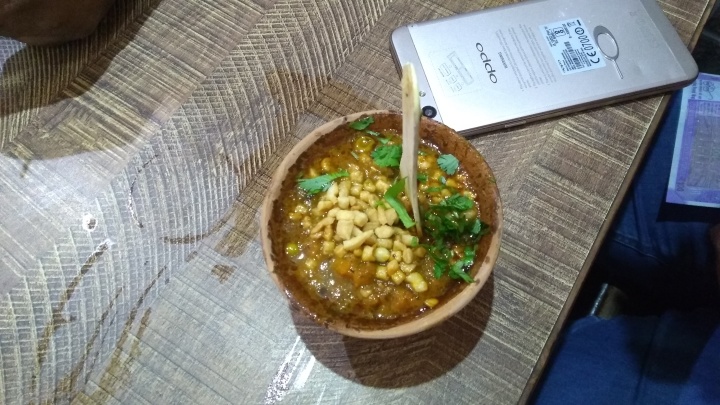 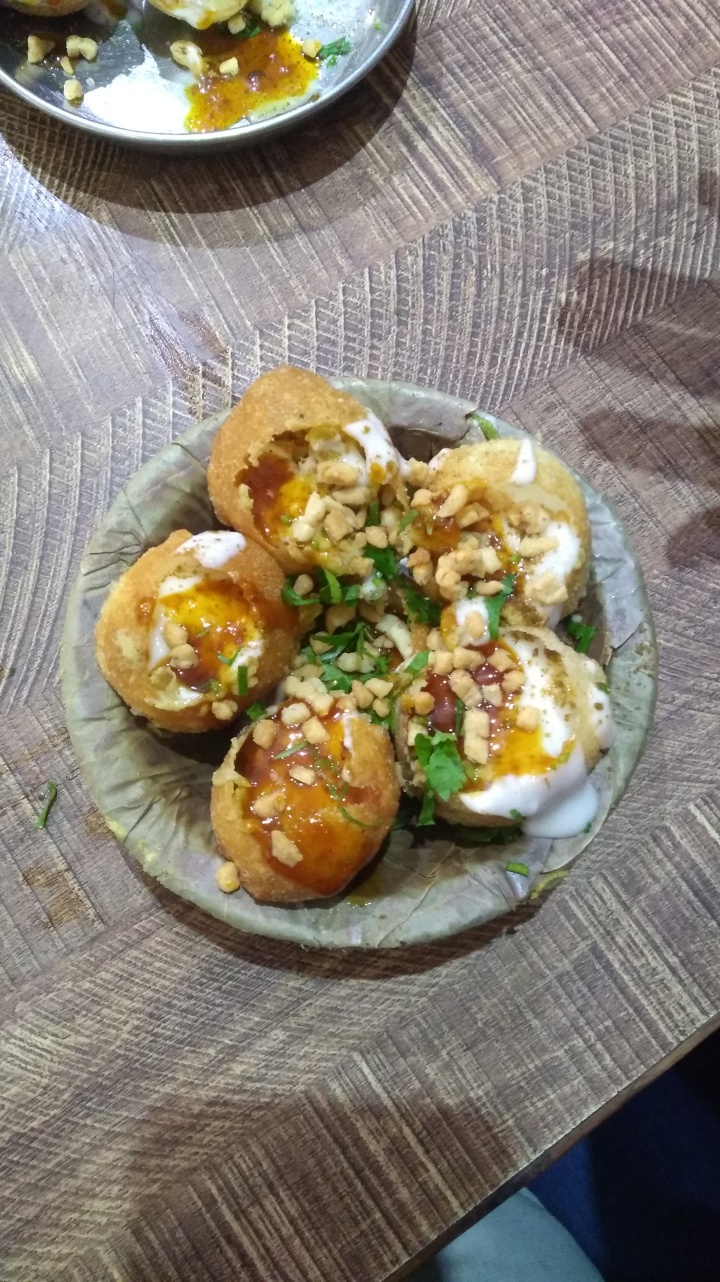 Then we reached at Dasaswamegh Ghat early to occupy the chairs in the front rows. 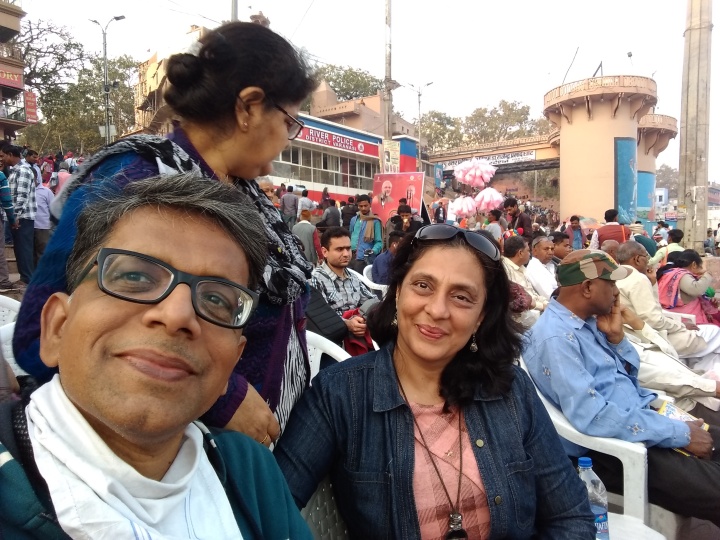 Finally, one more chat house to end our short but exciting tour of Varanasi. 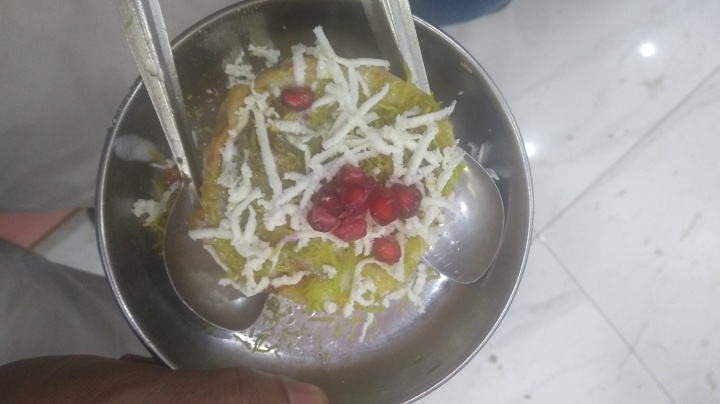 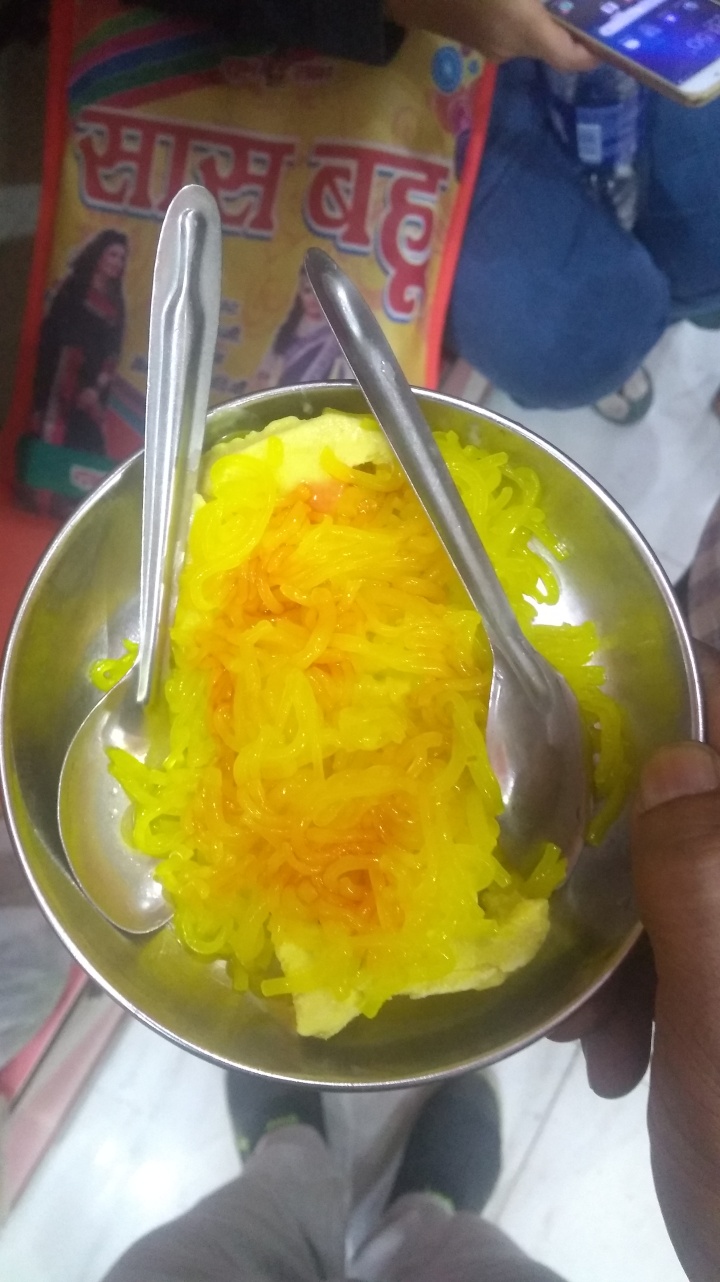 Two days are not enough to capture the essence of the land of Kabir, Bismillah Khan, Premchand,  and many other great personalities. However, this is just glimpses of this ancient and vibrant city called Varanasi, Kashi, and Benaras.

“The city illuminates truth and reveals reality. It does not bring new wonders into the scope of vision but enables one to see what is already there. Where this eternal light intersects the earth, it is known as Kashi.” – Diana L. Eck

From the east side of India, our next destination is on the west side near Pakistan border – the city of Golden Temple, Amritsar.